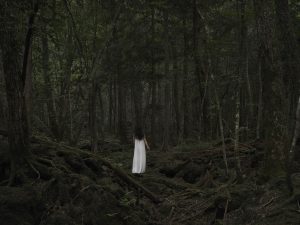 All of the images in this project were born from stories told to me, often from the upstream shipment of disposable cameras and blank notebooks. In a country where the inhabitants give up little and where their personalities are “a succession of layers of varnish” according to Nicolas Bouvier, it was necessary to be very methodical and patient to “break the ice” and enter slowly into the life of the Japanese. wanted to tell the stories. These photographs were taken in natural settings throughout Japan and without artificial light (except those present on site) in order to use the same codes as the Japanese. By playing with the strength of the tones offered by the shadows, I wanted to show what is specific to the conception of life and to the Japanese aesthetic in all that it is most unique and fascinating. This is very well described in the book The Shadow Clock of Tanizaki. The paintings of Félix-Elie Regamey or even Vilhen Hammershoi inspired me a lot, as well as the books of Lafcadio Hearn, Nicolas Bouvier, Ruth Benedict and the haikus of Kobayashi Issa. 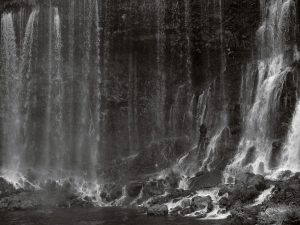 In Japan, Mono no Aware represents the sensibility for the ephemeral, the vanity and the impermanence of all things.